TRANSPORT TO, FROM AND IN ANTWERPEN

Antwerpen ('Antwerp' in English, 'Anvers' in French) is centrally situated between London, Paris, Amsterdam and Köln/Bonn/Düsseldorf.
By its location the town is easy to reach by airplane, train and car - even by ship if you are sailing or having a yacht... 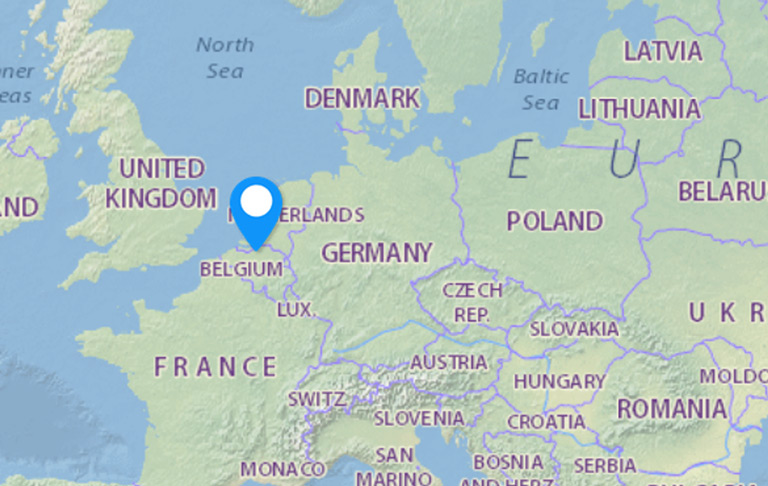 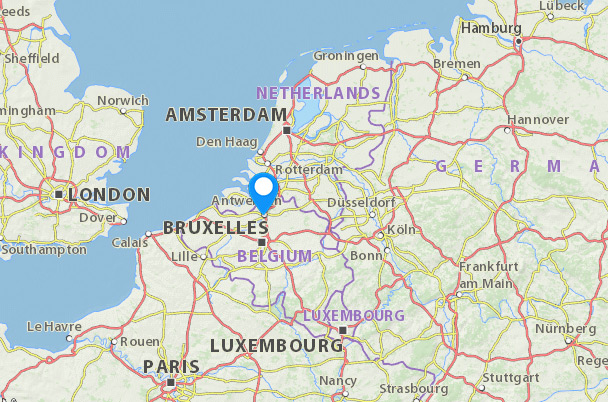 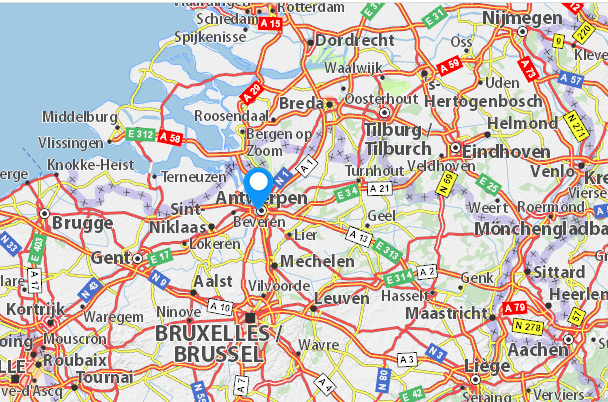 By car
Antwerpen is at the heart of a dense road network and at the meeting point of several highways. Trafic jams on the Antwerp motor way ring road are famous and can cause severe delays.
The main connections are the E17 (from Antwerpen to France), two motorway connections between Brussels and Antwerpen (the E19 connecting Amsterdam to Paris via Brussels, and the A12 from Brussels to the Dutch border), the E34 (connecting  Zeebrugge, the major seaport of Bruges, with Bad Oeynhausen on the River Weser, via Antwerpen and Eindhoven)

Antwerpen has two major and some other secundary railway stations
In practice, many trains including TGVs, serve the Central Station and the Antwerpen-Berchem station.
To find information about train connections, timetables, tarifs and to book tickets: visit the website of the Belgian railway company NMBS-SNCB

Flying
The main airport in Belgium Brussels Airport, is about 45 kilometres (28 miles) from the city of Antwerp and is linked to it with a fast direct railway line to Antwerpen Central Station  (ca 30 minutes).
Antwerp itself has a smaller regional airport at Deurne with passenger service to various European destinations. A bus service connects the airport to the city centre. On its site a by volunteers run aircraft museum is situated.
Many cheap air companies (as Wizzair, Ryanair,...) fly to Charleroi Brussels South Airport (with shuttle bus to Charleroi Railway Station and direct trains to Antwerpen, ca. 1hr45')

But one also can fly to Eindhoven Airport (just across the Dutch border,  with shuttle buses to Antwerpen by Air Express, Terravision  or using public transport bus+train) , to Amsterdam-Schiphol (with one direct high-speed Thalys train connection to Antwerpen every hour, taking only 55-59 minutes, and many ordinary trains taking ca 2 hrs)

Trams and buses all over Flanders are run by one company, De Lijn - which means that trams and bus tickets bought in Ghent or Bruges, or in another town within the Flemish Region are also valid in Antwerpen and vice versa. Be careful however, Brussels and the Walloon Region are not included in the system and they have an own public transport system.
Antwerp has some 75 km of tram lines used by 13 lines - one can really reach every part of the city by public transport. 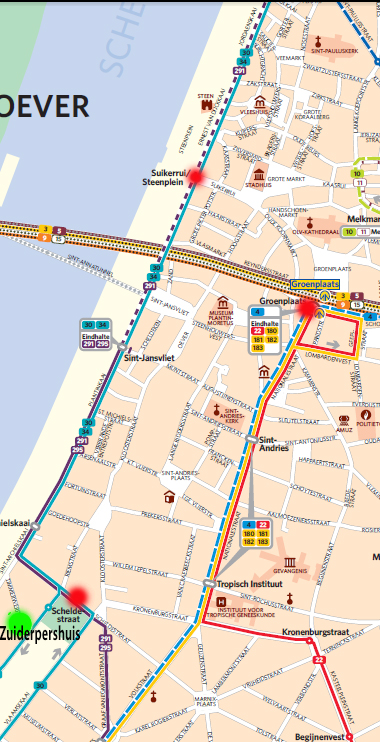 <<<  How to reach the Zuiderpershuis by public transport

Rent a bike
In Antwerpen, you can hire bicycles - and bicycling in and between towns is very popular. Often one can use separate cycling paths.
The Blue-Bikes, which you find in the main railway stations are very popular. Or you can go to one of the many bike rental shops in the town