Although the weekend - originally planned to be held in Barcelona 20-22nd of October - had to be moved to Málaga a week later, the meeting was a great success thanks to the efforts of the
Asociación en Defensa de las Chimeneas y el Patrionio Industrial de Málaga

This year's weekend was again a most stimulating event, where a lot of ideas and experiences could be exchanged, and contacts established between the participants.
A heavy program of lectures was interchanged with fascinating site visits and even a ballet performance. It showed that Málaga has to offer more than just a pretty beach and the sun of the Costa del Sol.

The conference took place in a splendid building, the cultural center La Térmica

The main conference topics dealt with educational and didactic aspects of the industrial heritage. On the first day we had a key note lecture by Carlos Alonso Villalobos “Experiencias didácticas en patrimonio”  followed by practical demonstrations and discussions in working groups. 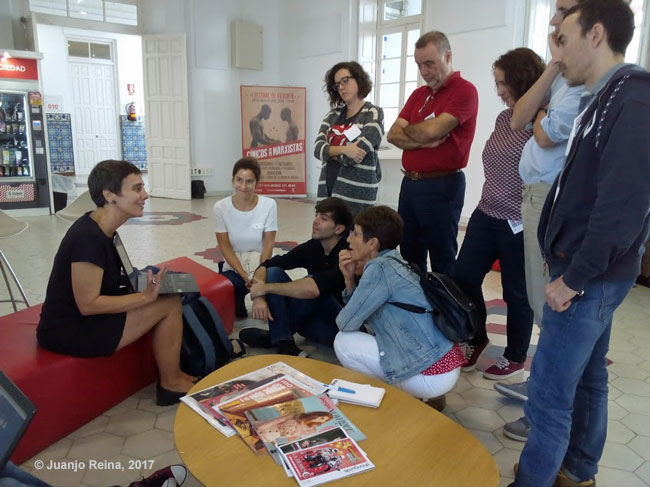 And then back to Málaga.

On Saturday we started again with presentations in that beautifull building, La Térmica.

On Sunday some participants went visiting the railway village of Bobadilla - born when the railway station was built in 1865.