Antwerp is situated on the right bank of the Scheldt river (Schelde in Dutch, Escaut in French). Together with Meuse and Rhine this is the largest estuarium in Europe, and since centuries one of the main harbour areas and of which Antwerp is an essential part. The Scheldt is the veritable heart and soul of the city.​ 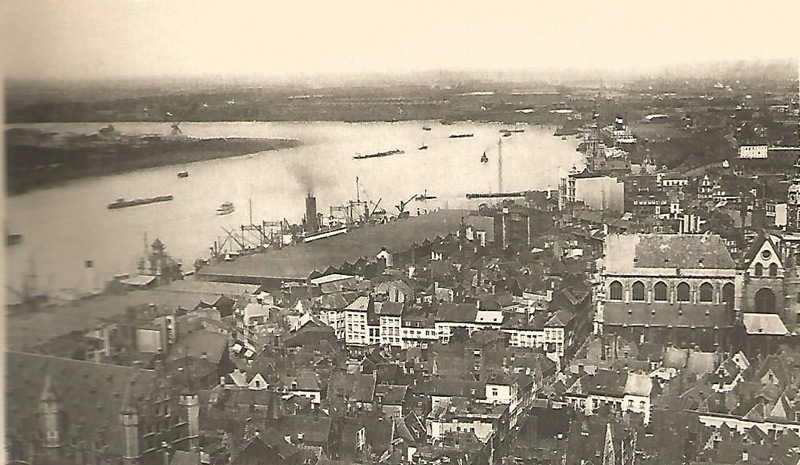 Through history Antwerp always has been an active cultural, economic and transport centre in the Low Countries.
After the silting up of the Zwin and the consequent decline of Bruges, the city of Antwerp grew in importance. At the end of the 15th century the foreign trading houses were transferred from Bruges to Antwerp. Antwerp had a highly efficient bourse that itself attracted rich bankers from around Europe - and thus became the centre of the entire international economy.
Antwerp also became the sugar capital of Europe, importing the raw commodity from Portuguese and Spanish plantations. Antwerp was the richest city in Europe at this time. It is estimated that the port of Antwerp was earning the Spanish crown seven times more revenues than the Americas.

The religious revolution of the Reformation and the Eighty Years' War or Dutch War of Independence (1566–1648) made commercial trading from Antwerp impossible. During the so-called Spanish Fury, on 4 November 1576, Spanish soldiers sacked the city, massacred 7,000 citizens and burnt down 800 houses. As a result the city joined the Dutch revolt. In 1585, Duke Alessandro Farnese captured it after a long siege. Many citizens, artists, bankers, craftsmen, mostly protestant, left the town and went to the United Provinces -  of the northern part of the old Low Countries. They became the underlie of the Dutch Golden Age.
The Treaty of Münster (1648), by which the independence of the ‘United Provinces’ was recognized, stipulated that the Scheldt should be closed to navigation. This provision remained in force until 1863, although it was relaxed during French rule from 1795 to 1814, and also during the time Belgium formed part of the Kingdom of the United Netherlands (1815 to 1830).

Napoleon, realizing its strategic importance, started to modernize the harbour by constructing a new dock (still named the Bonaparte Dock) and deepening the Scheldt to allow for larger ships to approach Antwerp. Napoleon hoped that by making Antwerp's harbour the finest in Europe he would be able to counter the Port of London and hamper British growth. However, the Battle of Waterloo was fought before he fully realized his plans.

Antwerp’s economic life always has been  connected with its a seaport its geographic location in Western Europe. In the 16th century the city developed an important sugar-refining industry, in which partially worked sugarcane was brought in by ship, refined, and re-exported.
When the Belgian State Railway was built (1834-1839) Antwerp became the destination for connections with the industrial areas from Wallonia, Germany and the North of France and from the harbour their raw materials and finished products were transported all over Europe and to other continents. ​​ 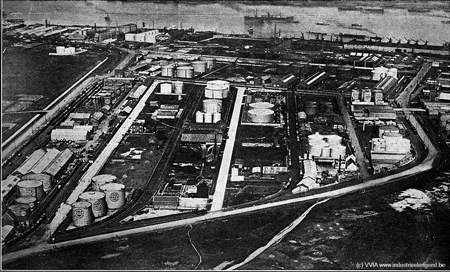 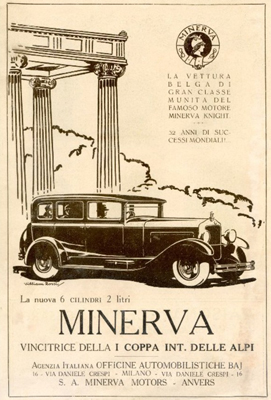 Since 1861, only two years after Drake sunk his well in Titusville, petroleum was imported in Antwerp by the American Petroleum Company. In the early 20th c, just before the First War, Antwerp was the main petrol harbour in Europe. While the first petroleum refineries were established during the 1920s and ’30s, they were soon joined by automobile assembly plants of General Motors and Ford. Those pushed the in Antwerp produced luxury ‘Minerva’ motorcars  from the market - the Antwerp cars who in Britain were sold by Rolls-Royce. 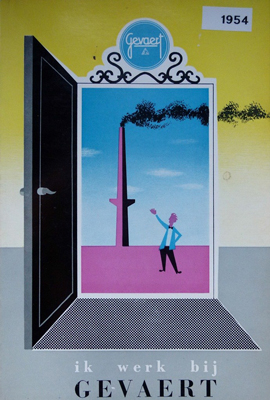 Other important industries included and still include photographic film and image technologies (Gevaert), electronic equipment and cut diamonds, the latter for which Antwerp is world-famous. 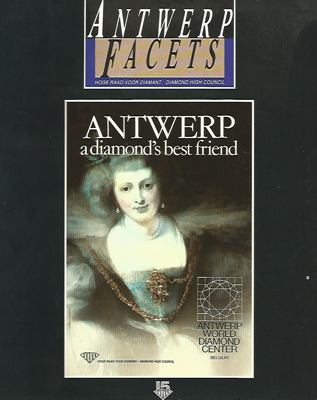 According to legend, the first diamond was cut in Antwerp in 1476. Since the 16th century, the diamond trade that takes place largely within the diamond district, now situated in the neighbourhood of the Central Station Antwerp World Diamond Centre, plays an important role in setting standards, regulating professional ethics, training and promoting the interests of Antwerp as a centre of the diamond industry

The following places are twinned with or sister cities to Antwerp: